From A - Two for One

I don't really stay abreast of the latest fabric lines. More often then not, I am late to the party after a line is released and I see what everyone else has done with the fabric. Such was not the case with Sweetwater's Lucy's Crab Shack line. As soon as I saw the whimsical name print, the kite strings, the vivid colours, the BICYCLES!!!, and the plaid I was a total goner! I immediately began stalking various on-line retailers anxiously awaiting its release. 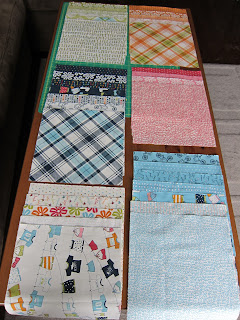 Since I was on a bit of a fabric diet at the time, I ended up settling for a gorgeous layer cake and figured it would be enough to make two patterns that I've had my eye on while still leaving a few scraps for the stash: Jaybird Quilts' Carnival and Cluck Cluck Sew's Inside Out plus quilt. 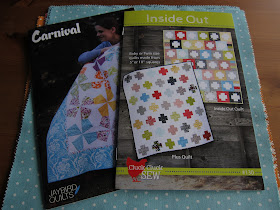 After spending a few hours yesterday carefully sorting the layer cake into two piles (one for each quilt), I started cutting for the blocks for Carnival using my lazy angle ruler. 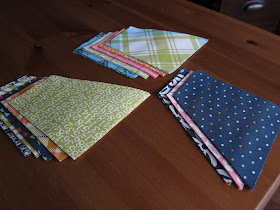 I still have a few more fabrics to cut before I can start getting the background fabric cut. Hopefully by the end of the week, I'll be able to start piecing the blocks. For now, it's back to the cutting mat! 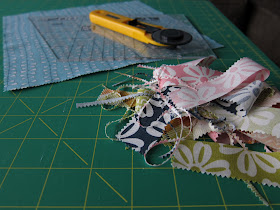