From A - Olive Basket Cardigan

It's been quite the unintended blog hiatus for us. Kelsey has been working like crazy and I've been busy working and moving house. It's been hard to start blogging again as the list of things I want to post gets longer and longer and it's difficult to know where to begin. Often it's simpler not to post than to figure out how to collect my thoughts to draft something.

That said, I've missed this space and I've missed the longer discussions that arise from posting about my creative process here on the blog. As much as I love Instagram, it's hard to do justice to something you've spent months making with one photo, a few lines of text and a hash tag or two. So with these reflections in mind, I hope you'll forgive the glut of "old" projects that I'll be sharing over the next few weeks as I stumble through the pics on my SD card and share those that mean the most to me.

In that vein, I've been meaning to share this cardigan that I finished back in November. I started it back in July but did most of the knitting on our trip to New Zealand and Australia in August of last year. In true Amanda-style, it took me another three months after getting home to seam and block the pieces I knit so that I could finally wear it. 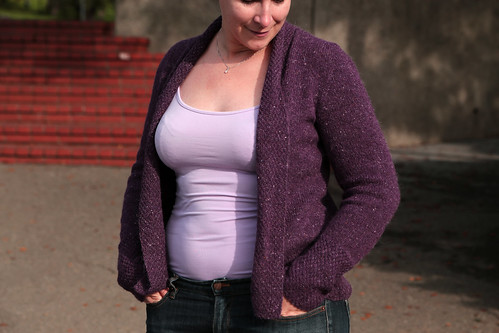 The pattern is Amy Miller's Olive Basket Cardigan. I happened upon it on Ravelry one day and decided it was the perfect basic for a California winter. I'm really pleased with how it came out which is a treat since I haven't knit a sweater since about 2008 and was long overdue for something new. 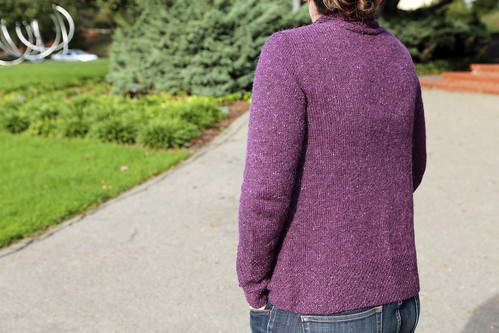 I managed to use some long hoarded Rowan Felted Tweed for this which makes this finish all the more exciting for a girl who recently had to pack up and move her rather voluminous stash. 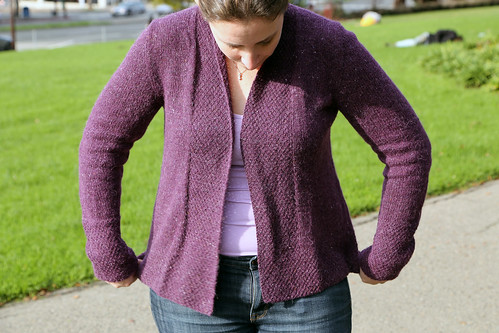 Although I've made quite a few handknit sweaters over the years, this is the first one that I've really gotten much wear out of. I think the fact that it's a simple cardigan means that it's easy to just throw on when I leave the house. You can find some more details on my Ravelry page if you need them.

It feels good to be back. I'm looking forward to spending more time in this space again soon!
Amanda at 14:30
Share