From A - Crafty Husband Vol. 1

My spouse is a person of many talents. That said, I'm the DIY person in our relationship. In about 99% of cases, he would rather pay someone to do something "properly" than attempt it himself.

You can probably imagine my surprise when I arrived home from work at 10:00 p.m. last night to be greeted by full-out crafty mayhem.

Each summer, friends of ours have a backyard party. Calling it a "backyard party" is probably a bit of an understatement. The party involves tons of food, a softball game, horseshoe and washer toss tournaments, and a children's activity zone. The hosts have even had trophies made to record the winners for each event. This party has become a tradition for our family of 2 and this year, the male contingent of the household decided that he needed a jersey that would make him instantly recognizable as the "2011 wash toss champion" that he was.

Of his own accord, he went here and downloaded a jersey font and purchased some fabric paint and a paint brush from the local art supply store. He printed out the number and letters of choice in the desired size using Word. 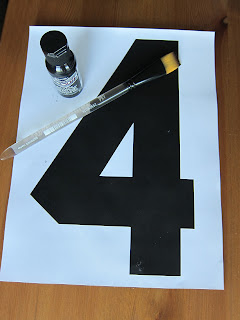 The number was then positioned on the shirt and masking tape was used to painstakingly outline the text (my spouse is not a precision moment kind of person so this was a total shocker to me). For the tricky bits, he stuck a big chunk of tape on the shirt, traced the outline of the area to be covered with the pencil and then used scissors to cut the excess tape away. 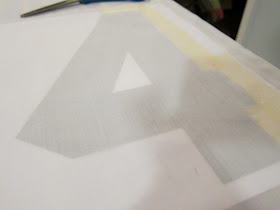 I got involved at this point (who could resist!) and after throwing some scrap paper under the area to be painted, I slapped some paint on. 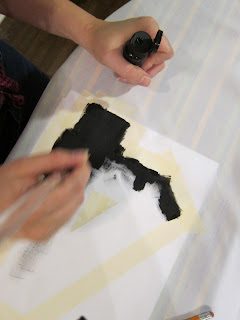 After leaving the paint for a few minutes, I did a few touch ups where there had not been enough coverage the first time around. 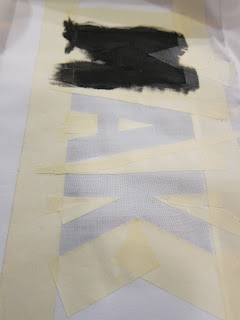 After some drying time, this was the end result. I'm impressed at how little paint bleed occurred with the masking tape. My hubby is pleased as punch with his craft project. Next time, he said he would position the number a little higher under the name. 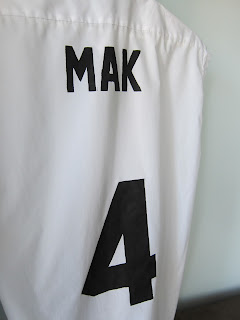 From my side of things, I managed to get all of the fabric washed, pressed, cut, pinned and marked for the zig zag baby quilt top. If I could find a few minutes in front of a sewing machine, I might actually have something to show you soon! 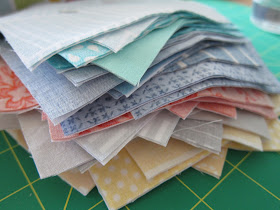 Hope you're all enjoying your weekend.
Amanda at 05:55
Share